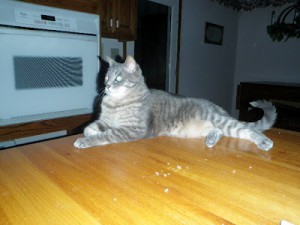 I thought perhaps this would be a tricky one, but Prancer Pie found me right off the bat.  He said, “Sam’s Hill Stonehenge in Maryhill Washington?”  I was surprised at how quickly I was found so I asked how he had know, Prancer said, “We can’t believe we got it! But, Mom is older than dirt and recognized the Stonehenge look and I, Prancer Pie, did the rest of the computer work. What a neat place!”

Apparently, Prancer’s human was around to build the original Stonehenge or something so they realized I was not actually there. Amazing.

There were lots of others who knew I was in Maryhill Washington to see the Stonehenge monument.  I was hoping to surprise a few of the cats but you all seemed to know where I was.  You guys are quite smart!