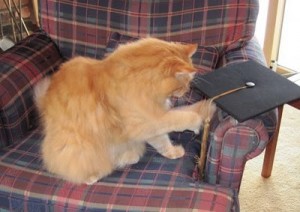 Simba and Cory were very close in their guesses.  Simba guessed Mt. Vernon but upon finding that was incorrect he came back only to see that Cory had guess La Connor Washington, which was correct.   Simba finally said, “Is the particular place either RoozenGaarde or Tulip Town?”  And yes, it was the RoozenGaarde–or rather the field across the street by their parking lot.

Eric and Flynn said, “We remember when you went there before and we thought it was Holland because somebody (Kareltje?) had been there recently, but we were wrong, it was somewhere a lot nearer to you. We think Simba is right and it is Skagit Valley Tulip Fields at Mount Vernon Washington.”  And we congratulate them on their good memory.

I have been there a couple of times before but I had a choice of being in Racine, which my Great-Aunt who got 23.5 inches of snow in the last storm and could barely get out of her house or being some place sunny and nice.  Guess what I choose?

Everyone seems to be singing Tiptoe Through the Tulips, even when their cats don’t want them to. If I have annoyed any humans because that song is stuck in their head, I am proud to be of service. If I have annoyed cats because the humans sing it and they sing poorly, you have my apologies.  No cat should suffer from human short comings.