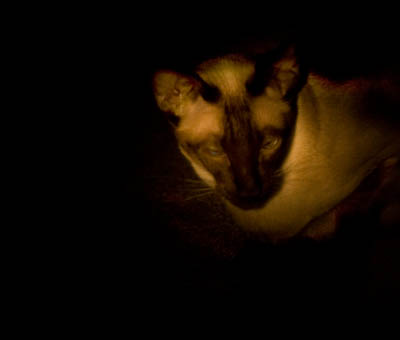 I heard that I was talked about at Blog Paws. I think that is a fine thing, if I couldn’t be there (WOMAN!).  The question that came up was how to pronounce my name.

I’m named after a fantasy novel series by Jennifer Roberson. The Woman saw them in the bookstore but hadn’t read them. I was named by my breeder.   She named me Cheysuli, after the Chronicles of the Cheysuli.   The Cheysuli are a human/catlike race.   The books are older but usually available through libraries.

The Woman has always said my name Chay SUE Lee, where the ch is hard like in cheese (do you love me now Cory?!).  She can’t verify that that is really how it is pronounced but it made sense to her.