Hide Search
You are here: Home / The Latest With Chey / Gas Leak on Plane Linked to Cheysuli 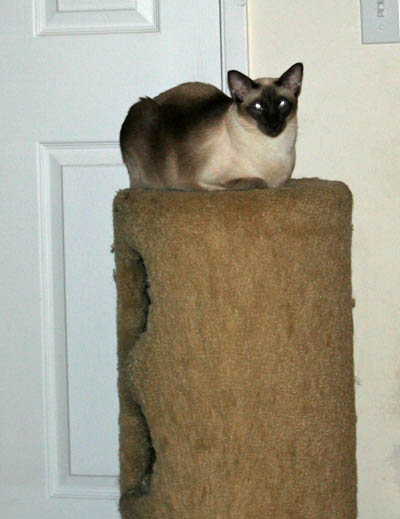 Former Presidential Candidate, Cheysuli has been linked to the lastest gas leak on a plane that nearly killed all 482 passengers and crew members.   Last weekend, Cheysuli was leaving Nigeria on a direct flight from Amsterdam to Detroit.

Stories are conflicted at this point, but it appears that the Siamese had been tasting some unusual foods in the area which caused her to pass gas.   Upon falling asleep in the plane, she let loose.   Passengers began coughing and gagging and a few stopped breathing. Emergency warnings were sounded and oxygen masks were dropped.  Upon an emergency landing in Greenland, all passengers were removed from the plane.  Cheysuli was awakened and very upset with the unscheduled stop.

The Siamese was held in Greenland pending an investigation into her part in all of this.  There are unsubstantiated rumors that she was working with the Catstra Nostra on a new weapons deal. Officials say this latest plane attack may not be the innocent accident it all appears on the surface.

Cheysuli had no comment on her involvement with the Catstra Nostra.  She did however, point to involvement with various gastointestinal support groups after her faux poot in the early part of 2009 when she ran for President.