Hide Search
You are here: Home / The Latest With Chey / Meezer Rumors Wednesday 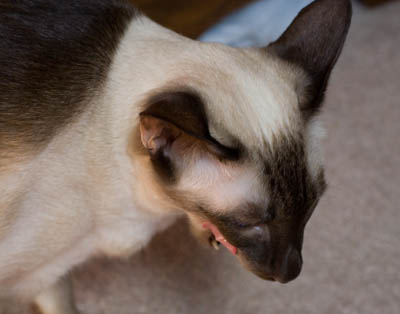 Rumors abound that fugitive Catstra Nostra Leader Cheysuli has been offered millions for a tall all book.   Agents have been lining up to find the fugitive cat but have been unable to do so.   Cheysuli, herself, however managed to snag an editor at one of the major houses to listen to their pitch on a book about her side of the story.

A working title for the moment seems to be Rogue Compass.  Everyone in publishing realizes that there are those who would advocate for My Life as a Blimp instead.  Insiders say Cheysuli will focus on her passion for helping those who cannot help themselves, including homeless pets.   Others are hoping for more scandalous tales, like what really goes on in meetings with the Whapinator and Tony Soprano.

Any book about the fugitive ex-presidential candidate, who has been plagued by scandal since throwing her hat into the political ring, is likely to be an exciting saga of one mistaken decision after another.   From choosing Fidel Castro as her campaign manager to pooting at one of her first candidate speeches, Cheysuli’s campaign was one misstep after another.   Lately the charges brought about my Big Catnip have taken their toll, forcing Chey and her lamb to disappear.

Don’t expect some slim volumed easy read.  Cheysuli is a Siamese and they talk.