Hide Search
You are here: Home / The Latest With Chey / Cheysuli Sniffs out Evil 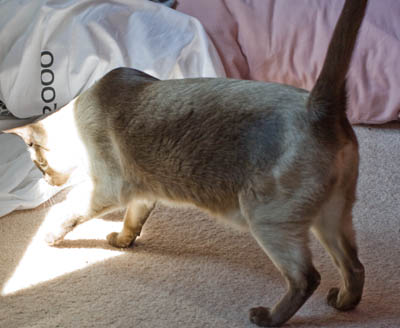 Former Presidential Candidate Cheysuli was recently photographed using her famous nose and sniffing out stinky shirts worn by her arch nemesis, the Male.

Admirers of Cheysuli say that she immediately sneezed and left the scene. She did not wish to be associated with dirty laundry in any way.

Critics comment that Cheysuli has her own pile of dirty laundry to work through, given that she’s been linked to Catstranostra and the whapping of a reporter. Further, the Candidate has further been linked to stolen credit cards and fraudulent use of them.

This shirt, however, is not going to be on Cheysuli’s list of violations.