Hide Search
You are here: Home / The Latest With Chey / Breaking News: Cheysuli Takes A Nap 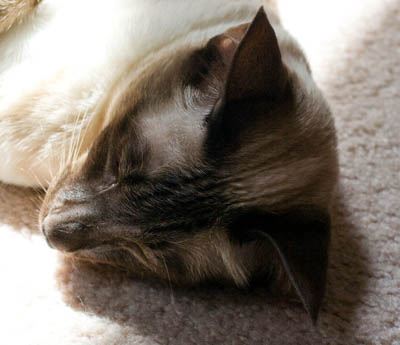 Tired of being trumped in the National media by Sarah Palin, Former Presidential Candidate Cheysuli decides to take a nap.

Newscasters across the globe picked up on the story driving such things as the Michael Jackson Funeral commentary and Sarah Palin off the main pages.

“We were running out of things to comment on about Jackson as nothing new has come forth,” said one journalist who asked not to be named.

“I don’t really like talking about Palin anyway,” stated Keith Olbermann on Countdown the other night.  “I’m glad she took some time out to nap.”

Even Al Franken took time out of his newly busy schedule to say, “Thanks Cheysuli! I wouldn’t be here without you. You deserve a nap.”