Hide Search
You are here: Home / The Latest With Chey / Cheysuli: Forgotten! 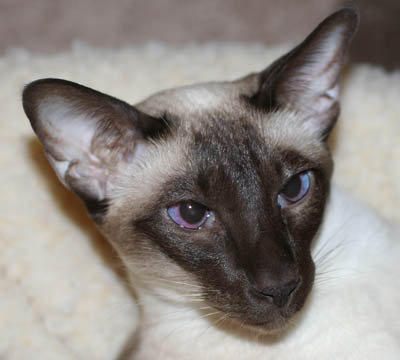 Shocking news from the cat world. Former Presidential Candidate Cheysuli had her birthday forgotten by one and all. Her humans forgot it was her birthday and therefore no one announced it. There were no parties. Apparently the former candidate sat by the window for hours waiting for adoring fans but no one showed up.

Around noon the Pooses for Peace heard that it was her birthday and set up a surprise party that runs through today. Most cats, having heard the news late are arriving today.

Additionally, reporters at the cat blogosphere were shocked when the candidate called PERSONALLY to ask why her birthday announcement had been forgotten. It seems they had her listed as Feb 29 not March 1 (although her papers say March 1). Having remedied that several artists had birthday renditions of Cheysuli made up for this year.

“I’m just so thankful that I have friends like this. I mean my humans didn’t even think about my 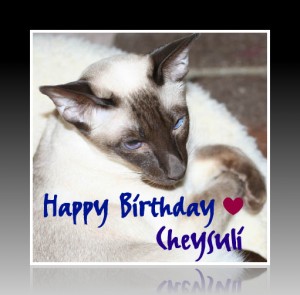 birthday until we started talking hams for all the other cats and suddenly the light dawned on the woman. It was my birthday too. It’s up to the humans to arrange parties and such. Can you imagine how crushed I was? I give and give and give and no one seems to care–even about my birthday,” Cheysuli whined.

“I had such hopes for a major birthday bash somewhere and now it’s too late. I’ll have to wait until next year, but last year I was promised a bash. Can you imagine? They even promised! Is there another cat so put upon? Oh wait–yes Yao-lin suffers as well.”