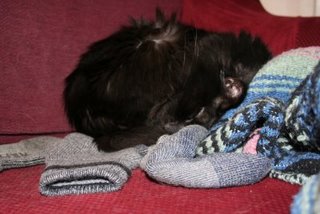 Admittedly this was a tough one. But we had a few that we thought were easier so we thought we would test your skills. Unfortunately there aren’t a lot of landmarks here, but after reading clues carefully, Cory Cat pulled this out of her furry little tail.. (as he put it).

Cape Horn Argentina….throw enough darts and maybe one will stick??

Roxy guess Argentina and technically she was also correct. ‘Kaika came very close guessing Patagonia and the Straits of Magellan. We were in both of those places as well. However the Straits had even fewer landmarks than Cape Horn. Derby guessed Terra Del Fuego, which was also very close. The Cat Realm also guessed Cape Horn, but they admitted to reading the answers above!

We even begged Skeezix to come up with the right answer, and one of his was very close. He guessed perhaps the Falkland Islands but we were not there. However, many of the boats that were damaged around Cape Horn (it is rarely this peaceful) ended up in Stanley. They were either repaired there or left in the Stanley boat graveyard.

My human was lucky enough to get to go around Cape Horn on the same trip that took her to Easter Island. The photos do not show this clearly but the sky seemed to be so low that it almost touched the earth. It was quite cold and a little windy. Most of the time it is very difficult to get the ship to stay off the tip of Cape Horn because the seas are so high. The Woman of course was disappointed as she doesn’t get sea sick and she rather likes a high sea…