Hide Search
You are here: Home / The Latest With Chey / Cheysuli Shut Out of Awards 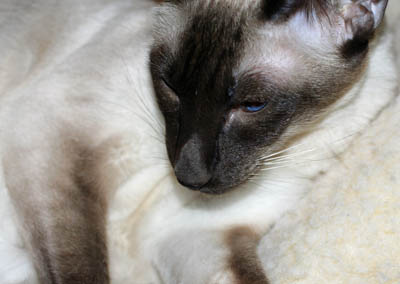 Once again, former Presidential Candidate and socialite Cheysuli has been passed over by the Academy. While not a starlet in her own right, many in the high social circles that Cheysuli frequents are regularly invited to the awards. Not the former Candidate.

“I think it’s just that they are distancing themselves from her. She did run for president and she lost. Hollywood can’t abide a loser,” said another.

“Umm…maybe they don’t allow cats where they give the awards?” Suggested one blonde socialite who was invited. Fortunately there were no Cheysuli supporters nor were the Pooses for Peace represented there so she was unharmed. It has been requested that newspapers and magazines with hold her name so she is not harmed by over zealous anti-specist reformers.

Cheysuli remains unavailable for comment. Further rumors suggest that she is over eating again and that it’s this wide spread rejection that is causing her to do so. Until she gives a statement, we won’t know for sure