Hide Search
You are here: Home / The Latest With Chey / Cheysuli Compares House Reps to Pooh 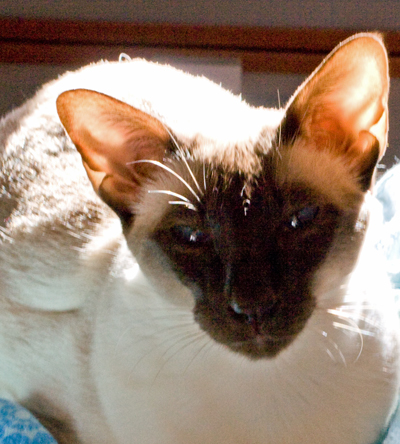 Lately the Republicans have tried to accuse Obama of playing partisan politics because he hasn’t listened and done everything they asked. Yet when he asks them for a vote, they vote exactly along party lines, country be damned.

I think this is a great misuse of the word partisan, when they are calling the President partisan when they clearly are to the detriment of the people they are supposed to represent.

Humans need to learn what their language means.

Muffin is something you eat. It is not a puffy little cat.

Puffin is a bird. It is not a little cat.

There is no such thing as Chey-tocks and I wish you’d quit using that name.

Chunky is what peanut butter is. Not Chey. And there is not Chunky Chey-tocks.

And will you stop calling Georgia Pooh and saying “Oh look at my lovely Pooh?” I find it offensive when you say that in the bathroom.