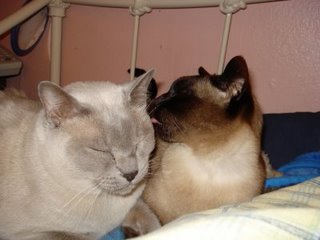 Well I had a number of cats know exactly where I was, even before they came out with this week’s geography lesson. Camie’s Kitties were the first to let me know.

You are next to one of a pair of sphinxes that stand near Parliament in London, England. Between the two statues is an obelisk called “Cleopatra’s Needle.”

Eric and Flynn were able to verify that they got the correct answer. Siena and Chilli and the Taylor Cats agree that Tavi, Cody, Camie and Miss Jade were correct. Yao-lin goes there, but unfortunately he was not there the day I was lost, else I am sure he would have led me to a fine eatery. Milo and Alfie were thrilled to recognize where I was.

Darn, I knew this one but as usual I am too late and someone else has already got it!

You were in London and you didn’t come to visit me, Chey? I am deeply hurt!

Alas, Eric if I had know you were so close I would have come by but I got myself lost and I just could not read the writing on that Sphinx. Had my human known everyone better, she probably would have asked to meet some of the London Cat bloggers. I know we were invited down to Yao-lin’s to meet him, but the humans didn’t have that much time (imagine!)

Drat! We’s too late!! *sigh* The mom said when she was in London she saws them, furry impassive but not as much so when theres a Chey kitteh sittin on dem.

And yes, I am sure it was not nearly such a nice site without me.

Now, as I get lost so often, Skeezix is working on making us all better at geography. He has a great lesson here and it just happens, oddly enough to be about the sphinx that stands were I am… he did that last week too.. I wonder how he does that?