Hide Search
You are here: Home / The Latest With Chey / Cheysuli Gets New Blog Look!!! 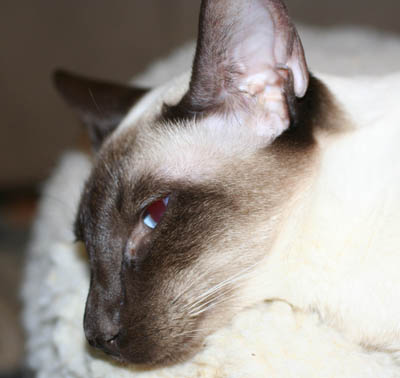 In keeping with the occasional political nature of this blog, I’d like to state why I am becoming a pundit. As many people who love the REAL liberal media (like Thom Hartmann, Rachel Maddow, Ed Schultz and Keith Olbermann) the mainstream media is corporate owned and reports what the corporate media wants. It doesn’t have a particular political agenda, except whatever agenda allows it to make the most money in the quickest way possible. As President-elect Obama has said, change comes from us and we all need to work together to make real change.

Our venue will be with the press. Well, you know sort of. We really enjoyed the political run from a media standpoint and poking fun at the way reporters covered things. Our post, We’ll Raise you a Poot had less to do with poking fun at Hillary Clinton than it did with poking fun at the media coverage of her tears and then winning the New Hampshire primary. We read here. We love to read. The Woman studied journalism before deciding she was just so shy and not nearly pushy enough to get the story. Probably the most fortunate thing she did as now she wouldn’t kill a story to save a job. The way the news works now, she’d be chronically unemployed.

Therefore, I vow to tell the story like it is and really like it is. I will not mince words. I will bring you all the news that’s fit for a litter box and  none of it fit to print. Now and then you might find those little gems of truth buried under the other stuff…

Oh and as a note, we have noticed that Askimet is rather random on what it perceives as spam. Sometimes if your comment doesn’t show up, it’s being held and asking us if it’s spam. Sigh. We’re sorry.