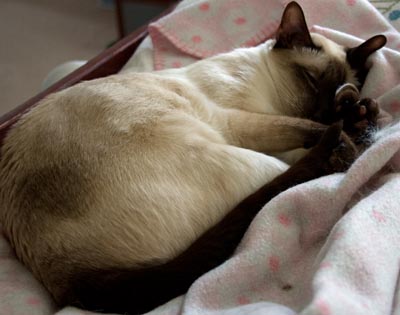 Former Presidential Candidate Cheysuli, one of the losers in the race, has taken to her bed following the blowout that did not go her way.

Cheysuli was not commenting but rumors are circulating that she feels she has no purpose. She considered a position with an expanded business in the Soprano Family but sources say she was really only interested in heading up the family. One has to wonder if there will be a new family in the Catsta Nostra soon.

Further rumors concern large parties with lots of nip and naps. The attendents are not identified. Meanwhile, inspite of potential substance abuse the former candidate continues to look for another meaningful position.