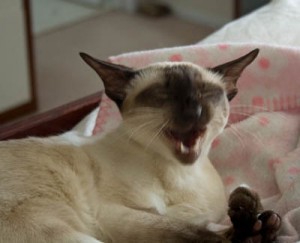 Candidate Cheysuli is recommending that all voters in swing states should vote for Barak Obama. The statement comes after the Supreme Court issued it’s final verdict in whether, even if elected, a cat could not become president.

“While I deplore this specist ruling,” the candidate announced, “We must go on with our plans. For those in solidly blue states, the more votes I get the stronger case we will have in the future for a repeal of this horrible ruling. However, be that as it may, it appears I will be unable to be president of the United States, therefore I urge all my supporters in swing states to get out and VOTE BARAK!!!!”