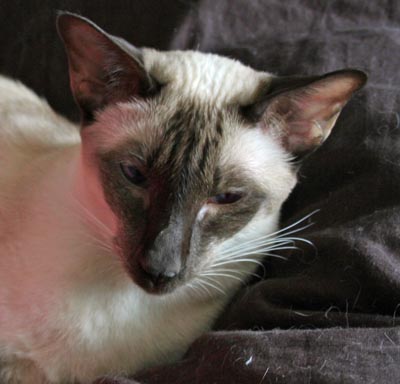 Cheysuli was once again questioned on her association with Mob Boss Tony Soprano. The Candidate maintains that she has only the most tenuous ties with the Boss but Soprano’s name continues to come up in conjunction with the candidate.

It appears that Soprano purchased a hundred bags of Temptations for a Fund Raiser for the Candidate.

In another report the Whapinator, a close friend and probable government appointee, and Soprano have been seen comparing notes.

Finally, while Cheysuli was not even born when Soprano rose to the ranks in the Mob and but a kitten when his show finally ended on television, it seems that he hasn’t actually reformed, but merely taken his activities underground. Can we trust a Candidate who may very well use 10% of our taxes to pay off the family?