Hide Search
You are here: Home / The Latest With Chey / Meezer and Mancat VP Monday 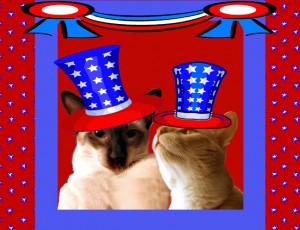 Once again Barak Obama attempts to model himself after Critters for Total World Domination Party Cheysuli. Cheysuli is the candidate for real change, the real underdog and the real Washington outsider. She has had as her Vice Presidential Candidate Derby Sassy Cat for some time.

Obama recently approached Derby for the Vice Presidential slot, but being a cat Derby was far more loyal than Oprah or Al Gore who originally endorsed Cheysuli and then switched the Junior Senator from Illinois. Derby said no. As a backup, the Senator chose Joe Biden.

Derby has always brought the same types of stability and experience to the ticket that Biden will bring to the Obama ticket. Derby brings good solid American values to Cheysuli’s sometimes socialistic leanings. He tempers her need for fairness with compassion and practicality. Nothing will be overdone with Derby on the 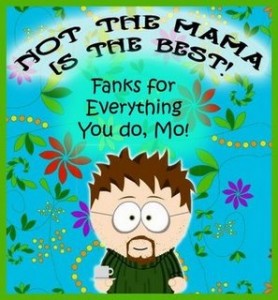 “Sometimes Cheysuli is accused of being almost French in her outlook,” one observer said, “But Derby is a real cat’s cat. He loves football and a good bowl of food and a roll in the nip. He’s a candidate we can understand and love.”

And I, soon to be president, Cheysuli would like to be part of the Not the Mama appreciation day!

There now that should really make Mo’s day!