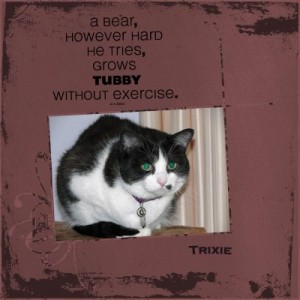 Well I was amazed at the number of cats who knew exactly where I went wrong on my way to Dragonheart’s!

Trixie got it first. Mickey got it right and so did Dazey, Jesse and Connor. Fat Eric was extremely certain where I was.

You’re in Berlin at the bit of Wall which has been preserved! My mum and dad went there last November!

Samantha and Tigger were guessing correctly. Queen Snickers said it looked like the wall when she saw it on television. Eric and Flynn guessed correctly. Jasper guessed I went back in time, but I didn’t. The Wall is still there, at least in this piece. Derby pointed out that my teleporting is off (um you’ve noticed?). Aloysius said I needed a GPS. Black Cat and Mr. Echo were also correct in their guess (though by that time they had much confirmation about where I was!

Dragonheart and Merlin gave us some great information about the Wall. We would also like to thank them for sending us this photo that was so appro for Dragonheart’s birthday Find Chey Friday!

Fat Eric has the first “perfectly correct” answer – it’s a piece of the original Berlin Wall that’s been preserved in situ (in place). There are also portions of it in chunks throughout the city of Berlin (torn down and then moved) but someone realized at some point that it would be important to preserve a bit, in place, for history’s sake. The outer fence is to try to stop “souvenir hunters” who are looking to get a piece of the original Berlin wall.

Gandalf and Grayson even told me how to get to Dragonheart’s from here!

Icon Baxter Bentley was not able to help me, but I think he had the best clue for me to help myself.

umm, I do not think it is Phila, but I bet Grusse and Kathy know where YOU are..

So if no one had guessed, I could have looked up Grusse and Kathy and asked them where I was!