Hide Search
You are here: Home / The Latest With Chey / Photo Hunt Metal 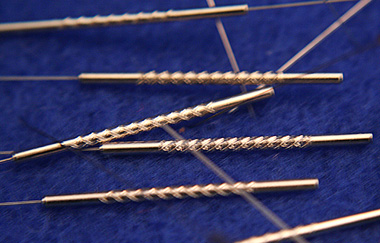 So this photo is of something metal. Does anyone recognize them? Yes they are a bunch of acupuncture needles the Woman was photographing.

So here is an interesting question. She is wondering what keeps people from visiting an acupuncturist for so long? There are stories on the news and in magazines about how acupuncture can help, but many people still only try it as a last resort (and are surprised when it works.) Leave any thoughts in the comments.

And if you aren’t feeling so well–check out your local acupuncturist. I bet they can help.