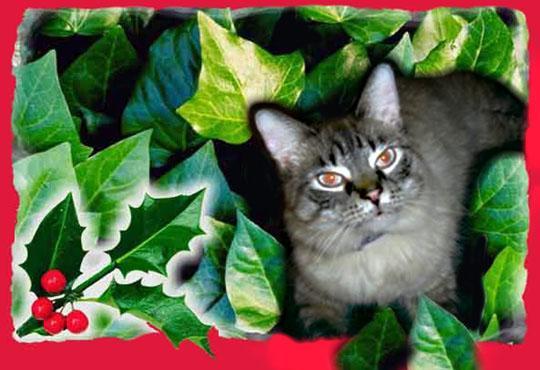 This week our guest star is Tybalt, the Prince of Cats. And he is a prince.

Iâ€™m a little confused. I thought people expected to be walked on. I do it all the time. Your human male thinks this is wrong?!

No Tybalt, he is not Borg, although he is the next best thing. He works for Microsoft. And as I have oft said before (in tribute to how odd he is) he LIKES Vista. Can you imagine? In fact, I think I am getting Vista to install on my new mac when I want to be in the Windows area. Can you imagine that? Me on vista? Did you know it used to be called Longhorn? Why would anyone want Longhorn when they could have Leopard?

However, you are right. I can’t imagine why people don’t just expect to be walked on. Of course, it’s not so much the walking, as the falling on that got to him. And Georgia does fall hard. Fortunately she is only falling on the bed and both humans have plenty of padding on them to keep her from getting hurt.